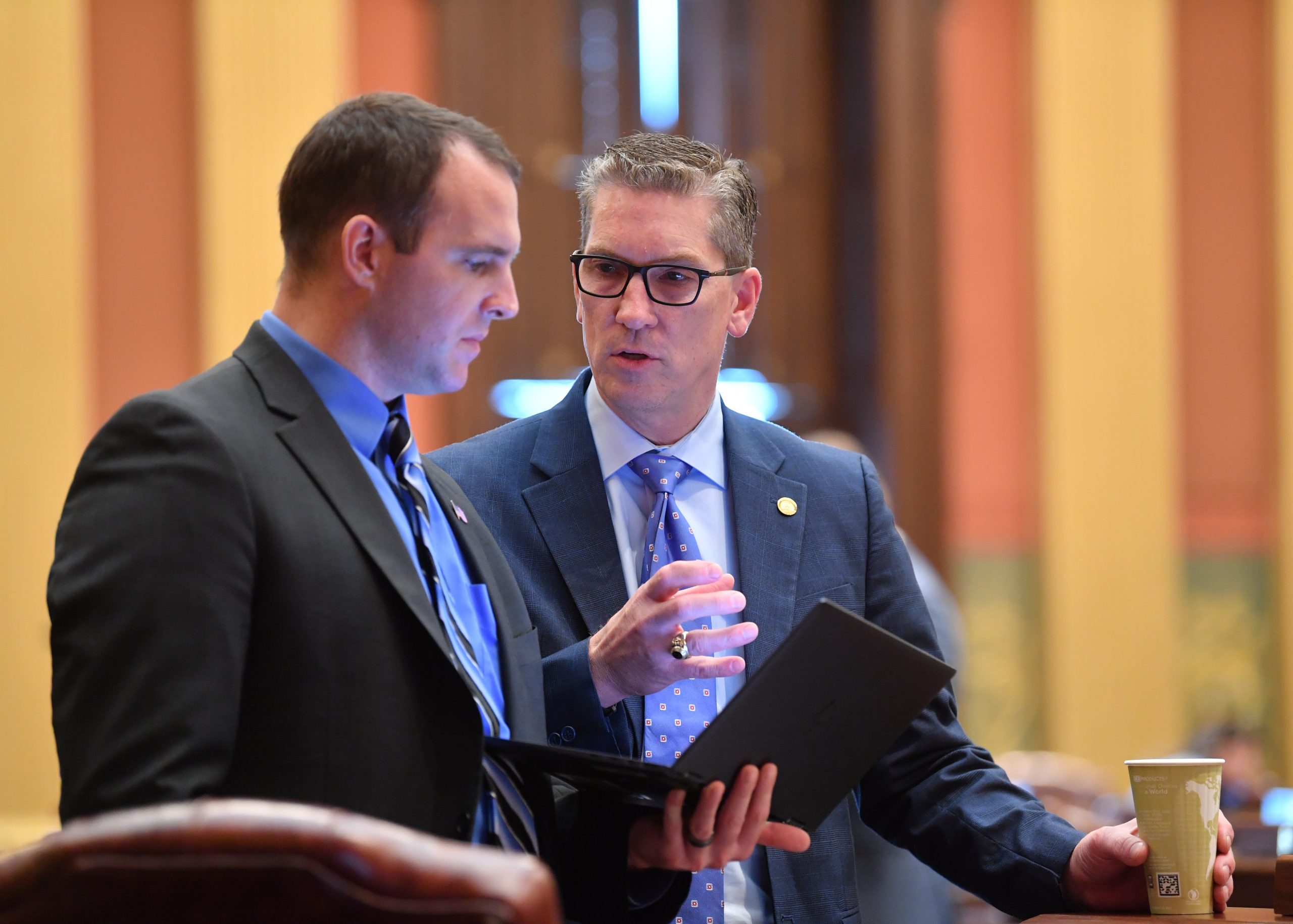 Representatives from Kent County today announced a series of ‘wins’ for greater Grand Rapids that were included in the finalized state budget approved today by the Legislature.

Reps. Mark Huizenga of Walker, and Bryan Posthumus of Oakfield Township said they are pleased to see investments benefiting their communities.

“Millions of dollars in various funding measures are coming to our county in the coming fiscal year,” Posthumus said. “In working with community leaders throughout greater Grand Rapids, we have prioritized funding for the projects that will make the greatest impact in the lives of West Michigan residents here in Kent County.”

The Kent County Youth Fair will receive an investment of $5.2 million as well as an additional $1 million to complete the fair barn at the fairgrounds. For over 80 years, the fair has been growing leadership skills in Kent County’s youth by cultivating character traits and nurturing interest in the sciences through agricultural projects.

A further investment in Kent County’s young people, West Michigan Aviation Academy will receive $1 million toward its hangar project. The academy is a tuition-free public charter high school located on the grounds of the Gerald R. Ford International Airport offering an education experience that goes beyond the classroom as students use technology in an interactive learning environment to prepare for a variety of postsecondary options after graduation.

Inner-channel river improvements are coming to the Grand River through Grand Rapids with a $7 million investment in the Restore the Rapids project. The rapids in the river were flattened by a series of dams following the Civil War. This funding measure will restore the city’s namesake feature and create an attraction bring people to Kent County from across the country.

“The Grand River is a geographic and cultural feature in the Grand Rapids area, but the rapids themselves have disappeared,” said Huizenga, of Walker. “By investing resources to restore the rapids, our state budget will help Kent County return to its roots, making our community even better in the process.”

Other Kent County investments include:

The projects are included in Senate Bill 82, which outlines the state budget for the upcoming fiscal year that begins on Oct. 1. The plan was approved today with bipartisan support and now advances to the governor for her consideration.

State Rep. Mark Huizenga on Tuesday voted for a plan to let Michigan drivers renew their vehicle registrations for up to two years.

State Rep. Mark Huizenga and the Michigan House of Representatives today approved a plan to support Michigan students with scholarships for educational resources.